A Kaleidoscope of Colour

A Kaleidoscope of Colour

Every year the wild flowers of the Namaqualand daisies burst into bloom in August and September showcasing the arrival of Spring in South Africa. 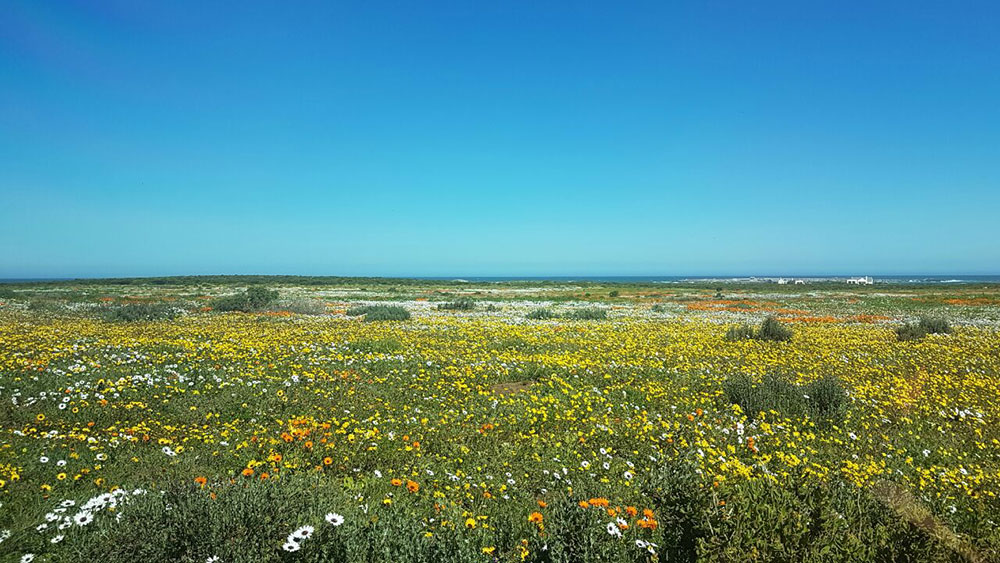 Hundreds of locals and tourists take the short and scenic drive, just a mere 1 ½ hours from Cape Town, to enter the West Coast National Park in hopes to see the flowers in action. And wow, what a sight it is – this is just a taste of the vast expanse of the fields of mountainsides covered in wild flowers in Namaqualand. For those wanting to experience the real phenomenon, take a 5 hours drive to Namaqualand. En route pass the majestic red rock formations of the Cederberg, rolling hills of farm land, and be greeted by the kaleidoscope of colours of the flowers in the quaint and sleepy town.

Throughout most of the year, the area can be described as desert like and semi-arid with only a few tourist attractions but each year, almost 4000 different species of plant seeds lie awaiting in germination for the rains in order to showcase the kaleidoscope of colours they offer.

This spectacular sight can be seen from your vehicle as you drive through various national parks or en route however, for the more adventurous, a hike through the fields, or cycle is a wonderful way to experience them. Pack a picnic and explore nature at its best is another way to take in the sights, fresh air and landscape.

There are many places to view the flowers, not only in Namaqualand and West Coast National Park (Postberg – which is only open to the public two months of the year which happens to be during the flower season) but that of the Richtersveld National Park, Goegap Nature Reserve and Skilpad Wild Flower Reserve. Citrusdal, Cederberg and Vredendal towns will not disappoint either.